MARK RANDALL SIGNS FOR THE EXILES


Newport County AFC can today announce the signing of midfielder Mark Randall, who joins the Exiles on a two-year contract.

Former Arsenal trainee Randall, signed a short-term deal with League Two counterparts Barnet in January and joins the Exiles after his contract with the Bees expired.

The twenty-six-year-old has extensive experience of playing in the Football League, with spells at MK Dons, Chesterfield, Rotherham United and Burley.

The midfielder has also represented England at both U17 and U18 level and becomes Manager Warren Feeney’s second signing of the close season, following the arrival of promising defender Jamie Turley earlier this month.

Mark completed a medical earlier today at the Club's Spytty training centre and after agreeing terms this afternoon at Rodney Parade, the midfielder spoke about his excitement at representing the Exiles next season.

“I met with Warren a few weeks ago and was impressed with his plans for the Club."

"The Manager sounds really enthusiastic and he wants to try and play a style of football that is well suited to my game and the way I like to play."

"I'm a player who likes to get on the ball and try to make things happen and hopefully I can match that with a few goals as well next season."

"We all know that this is a tough league to play in and I'm looking forward to hitting the ground running in pre-season."

Manager Warren Feeney added, "Mark is a very good signing for us"

"I thought he played very well against us earlier in the season for Barnet and he has that ability to turn games."

"Mark also has an edge to him and I have spoken before about how I want to bring characters into this squad and Mark certainly ticks that box."

"I want to bring in players that know this division and Mark has a vast amount of experience of playing at a higher level."

"I have spoken to a lot of people and they all speak very highly about Mark, so I'm sure he will be a very good signing for us as we continue to build for next season." 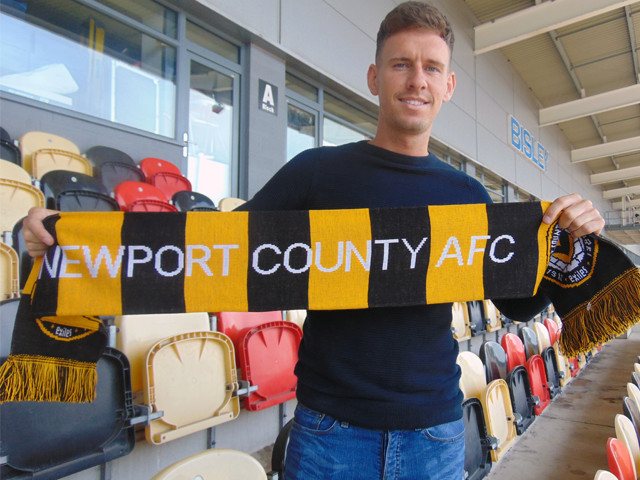