As promised when we announced then outcome of this year's election procedure for the Trust and Club's Board of Directors, we are today publishing the personal statements of each of the four successful nominees submitted as part of the process.

Describe your personal history with, and passion for Newport County AFC.

I have been watching County since 1997 after moving to the area. I had my first Half Season Ticket in the season we won promotion to the Football League and prior to the COVID pandemic I had not missed a home League game since. In the 2014/15 season myself and my family managed to attend every League game home and away, during which time we noticed some issues faced by disabled supporters. As a result, using the social model of disability, I worked with Level Playing Field to create the Disabled Supporters Association which launched in July 2005.

I was elected to the Board of Directors in 2018 where I work under the Community Group and support the operational side of the club as lead for Equality, Diversity, and Inclusion.  I have spent a great deal of this time raising the profile of the club across the city, working with Charities to form partnerships and events such as the creating the Newport Walk for Dementia which raised more than £7k for Alzheimer’s Society Cymru.

What is your vision for Newport County AFC?

The most important thing is for us to ensure that Newport County is a sustainable business that can compete on the field.  In my previous election statement, I stated that “it is imperative that strong partnerships are forged with all areas of the community, becoming inclusive and supporting local people, business and organisations” and this needs to continue.  As Club Directors we are merely ‘custodians of the club’, Newport County is bigger than any one person and our role is to be able to pass on a sustainable football club to those that replace when we leave our positions in whatever circumstances.

I believe we have the correct ownership model at this time, but we can still improve on the amount of money we put into the club; that is why I took responsibility of the previous Membership Review.  Using feedback on ideas we put forward and listening to ideas from respondents we changed the membership donations to achieve a more sustainable club; these rose from around £34k a year to around £100k and have certainly played a role in our success on the field in recent times.  As a prominent organisation in the city, we need to set positive examples for our community, one way we can do this is by increasing the diversity of our workforce and the reason I have supported a successful application to the Premier Leagues Player to Coach programme which will guarantee us a BAME Coach at the club for the next two seasons.

What skills and experience would you bring to the Club if elected?

Utilising my knowledge and skills as a qualified Social Worker I have developed professional relationships through improving the club in equality, diversity, and inclusion across the city with key stakeholders, organisations, and supporters, thus elevating the club’s profile in the city, across the league and with external organisations in the domain of ED&I.  I have been working with Exiles Together and recently facilitated the creation of County with Pride, both of which look to provide a safe place for BAME or LGBT+ supporters whilst encouraging education and cohesion in the community for those demographics.

I have learned a great deal about the operations, policies, procedures, and requirements of an EFL football club during my current term.  My skillset means I can ask questions and consider things from a different perspective to my colleagues on the Board; one I feel is invaluable for the vision I have set out and would has so far improved our significance as a club in various circles.  I am part of a Board of Directors that has wisely invested money from Cup Runs back into the 1st Team, to remain competitive in the league reaching two Playoff Finals, whilst ensuring money is also used to improve the structure of the club – something that has put us in a better financial position during the worldwide COVID19 pandemic.

What roles might you play in the Club and what difference could you make?

There needs to be an increased focus on the Supporters Trust and our engagement with both current Members and potential ones, having carried out a lot of the work on the previous membership review, I understand there needs to be an improved and concentration on our model.  We need to review our Constitution as we have progressed as a club since it was written and now is the time to update it.  Financially, we can always improve the amount of money we donate to the club as Owners, I want to put a spotlight on both these areas in addition to growing our Membership, I wish to engage with supporters on this aspect and shape our path forward.

I feel that I am an honest, approachable person who always does his best to help and assist others in the best interests of Newport County.  By sharing my personal experiences last year around my own mental health issues, I have hopefully demonstrated this, and it makes me approachable to anyone; colleagues, staff, volunteers, and players have all felt comfortable divulging worries they may have in full knowledge that I will listen and support them whilst maintaining their confidence.

I will continue to drive forward the ED&I aspects of the club I believe in social equity, that everyone deserves the same opportunities whatever their background.  It is not only the morally correct thing for a club such as ours to do, but it also benefits the club as business in several ways. 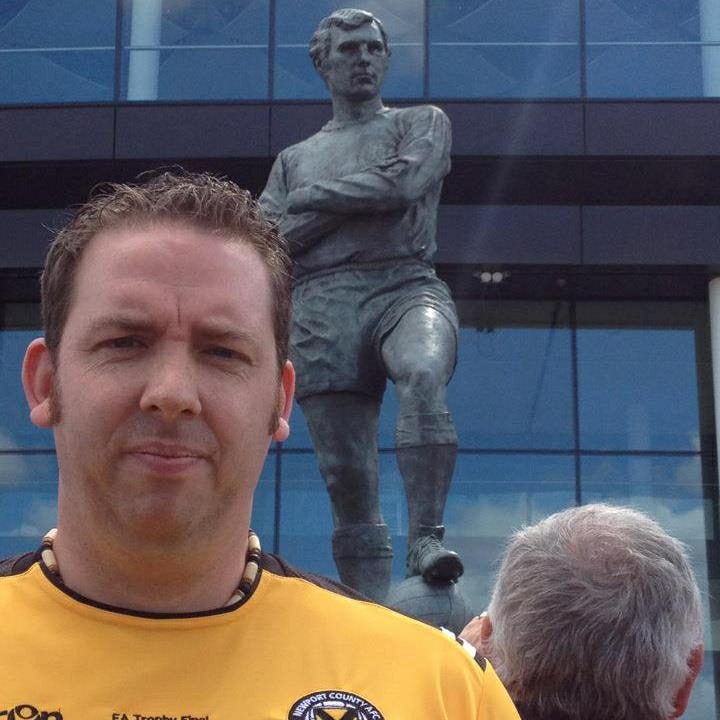