Following yesterday’s news that the club had negotiated an excellent deal with Manchester United for the transfer of Regan Poole the Trust are delighted to announce that its Target is reduced from 225k to a new target of 195k.

As widely reported the club will receive a down payment for the player. The club have informed us that any immediate funds will  be apportioned between the playing budget and working capital. As a result the Trust Board have agreed to reduce its share target to reflect this position.

The Trust would like to put on record its thanks to Jason Turner for his handling of the transfer in such a professional manner and as a result contributing greatly to the well-being of the club. It would also like to acknowledge the excellent work of the Smile Council in support of the academy. Without that support this deal would not have been possible.

In addition our thanks and sincere best wishes go to Regan and his family for the future.

We will be issuing a statement tomorrow on the current total and intend to do so each Thursday.

Finally, well done to the team for last night's performance against Swindon. Whilst not the result we wanted it was nevertheless a great performance and an extremely exciting end to the game. 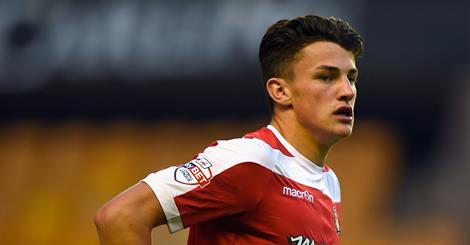